skip to main | skip to sidebar

New labeling requirements for meat products are now in effect which should hopefully better inform consumers about the origin of meat offered to them in stores.

One contributor to our site lives in a state that shares a border with Mexico. He phoned today with concerns about labeling he saw on a package of ground beef he found at a Walmart store. It might be helpful then to review the guidelines for this new labeling. If you shop for meat products of US origin, you need to check for this particular labeling:

United States Origin - only meat from livestock that are born, raised and processed in the US may say "Product of the US."

United States Origin - only meat from livestock that are born, raised and processed into ground meat in the US may say "Product of the US."

What that contributor discovered of concern to him was a package of ground beef that was labeled, "Product of USA, Canada, Mexico" He asked if he should believe that the beef in the package came from all three countries. 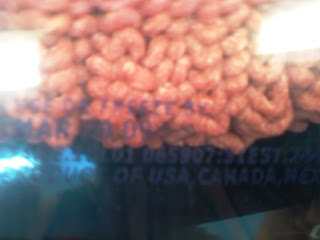 I explained to him the problem I saw with the new regulations as they pertain to ground meat. It's possible that this package actually contains beef from all three countries, and it might also contain beef from just two countries; perhaps Mexico and Canada. It's also possible that this package actually contains beef sourced only from Mexico but was produced in a US plant that typically also sources raw materials from Canada and the US for other products.

Unfortunately, the consumer still won't know the country of origin from such a label. Ground beef may be sourced from different countries to be processed in one US plant and the label need only reflect the countries from which the company typically sourced its raw materials for products over the past few months.

In the US we also typically source leaner beef from grass fed livestock from New Zealand & Australia, countries that may be listed on some labels of ground beef.

We also import young cattle from Mexico & Canada to be fed & fattened in the US. Meat products from such cattle will carry multiple countries of origin on their labels.

If the consumer desires a truly domestic meat product, they will need to seek the "Product of the US" label.

The phone conversation I had with this contributor was overheard by shoppers in the Walmart store. At the end of our conversation he told me that nearby shoppers had removed packages of meat from their carts and returned them to the meat case. He, and perhaps the nearby shoppers, had concerns that the ground beef offered at this Walmart store was likely sourced from Mexico and produced in a plant that also processes meat from the US and Canada.

Unfortunately, the new label does nothing to designate the actual country of origin of ground beef for consumers.

After shoppers decided against their meat purchases, our contributor was asked to leave the store by Walmart personnel. While I've proudly never set foot in a Walmart store, he is quite accustomed to such treatment. He's learned repeatedly that Walmart does not like information sharing with their customers, even accidental sharing from overheard cell phone conversations.

It could be the new country of origin labeling is an improvement but not yet satisfactory for consumers, at least with ground meat products.

Sources for domestic meat & seafood products can be found in our Gourmet Food/Drink department.

Email ThisBlogThis!Share to TwitterShare to FacebookShare to Pinterest
Labels: consumer, Made in the USA, meat, products, regulations, Walmart

Our 25 categorized departments list thousands of locations for U.S. made products.

We also list 17 online malls filled exclusively with only Made in the USA goods. We’ve listed dozens of searchable directories as well as many other online resources. By combining for the consumer these varied options, we hope to produce a powerful tool to enable shoppers to easily locate goods that are Made in the USA.

The new Gateway to the American Made Marketplace© is a dynamic search of the prime locations from across the Internet with exclusively U.S. made products. It is virtually 100% free of imports. This new tool enables any shopper to quickly and efficiently locate a specific product and explore the bounty of American manufacturing.

Find US Made.com
I am Mary, an American manufacturer and a consumer who has been buying Made in the USA products for the past 30 years. I am acting as the web person for Find US Made.com. (One member of our group is a tech expert and his skills are utilized when necessary.) I will usually be the one to update this blog about matters related to our site. We hope to create ease for our fellow consumers who seek goods & wares Made in the USA. Find US Made.com will remain apolitical to better serve our goal.